My one regret in life? I wish I’d started writing sooner.

Talk about misspent youth. What did I do during those lazy summer days of childhood when I could’ve been honing my writing skills? Nothing. Okay, so I spent a lot of time dreaming I was a cowgirl with a trusty black stallion. Oh, and I read every Walter Farley horse novel. I was an only child so I relied on my imagination to supply the excitement in my life.

By high school, I’d decided to trade in my lariat for a trench coat. I was into dark and dangerous. As an intrepid foreign correspondent, I’d stalk the mean streets of the world.

Did I actually write anything? No, but I did read all of Agatha Christie’s mysteries. 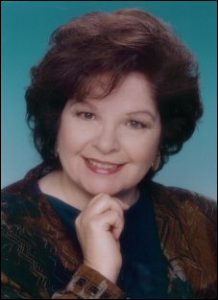 I worked at a department store during college. My short stint in the accounting department taught me a lot about math. Three hundred-dollar shortages plus hysterical tears equaled instant move to gift-wrap. A career in math was not in my future. I didn’t care because I’d discovered “real” literature. I plowed through James Joyce’s Ulysses and Tolstoy’s War and Peace. If it didn’t make my eyes cross then it wasn’t worth reading.

Yes, I admit it, I was a literary snob.

But there’s just so much “real” literature one person can take. I graduated from Rutgers University with a degree in English Literature and a determination to avoid books that induced eye crossing or had tragic endings.

The only things I managed to write during those years were research papers.

I taught second grade for several years then spent two years in Dublin, Ireland. A friend and I supported ourselves by singing folk songs in Irish pubs. We weren’t great, but we were young, enthusiastic, and wore short skirts. It was obviously my destiny to be the next Judy Collins. I spent a lot of time poring through music books.

Returning to New Jersey and reality, I taught elementary school until I grew restless again. My cross-country odyssey included stays in Arizona, California, and Texas. Along the way, I indulged my love of horses. No black stallions, but I did have several beautiful Arabian mares. I read tons of books on breeding and showing.

Somewhere between California and Texas I grew addicted to romance novels and cats. The cat’s independent attitude was exactly the quality I admired in my romance heroes. And once I decided to try writing my own romances, I made sure a cat crept into each story.

Texas is my permanent home. I’ve come full circle. Born in San Antonio, I spent most of my life in New Jersey. Maybe the Texas in my blood accounts for my attachment to strong men, fast horses, and wide-open spaces. My love of cats? Haven’t a clue.

Meathead wandered through my open front door one day and immediately claimed ownership of me and all I owned. He’d nip my ankles if I dared open the fridge without giving him something to eat. He guarded his property with courage, fiercely attacking any dog that unwisely invaded his territory. And he met me every day after work, waiting by the car door until I got out. He was a cat with attitude, and a little bit of him is in every story I write. In fact, he was a major player in my James Bond spoof, From Boardwalk with Love.

I loved him. Miss you, big guy.

The members of my critique group from left to right are: Donna Maloy, moi, Kim Groff who writes as Kimberly Raye, LeeAnn Dansby (LeeAnn has left the group), and Gerry Bartlett who writes as Lynn McKay. Gerry, Kim, and I have been critiquing together for fourteen years. Donna joined us a little later. We’re a living testament to the fact that persistence does pay off. I probably would’ve quit long before my first sale if not for their support. So thank you, ladies.