Book 4 in the Mackenzie Vampire Series

Book 4 in the Mackenzie Vampire Series

Daria never quite lived up to the nightmare reputation the rest of her kind had. Now she has a chance to prove herself. She can win the favor of Hades by delivering vampire Declan Mackenzie to Tartarus. Easier said than done once love enters the games.

is Book 4 in the Mackenzie Vampire Series 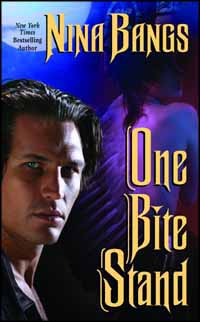 Memo: to all harpies

The Depraved Fashionistas Department must approve all harpy clothes. Choose a wardrobe that compliments your grotesque harpy image and wear it with pride. Refer to the Harpy Handbook, section four, page sixteen if you are unsure if your clothing meets company standards. Punishment for noncompliance will include one year of wearing a zombie’s castoffs. You will then realize that yes, it can get worse.

Remember, you are the public face of Tartarus.

“Forget Hades’s memo and tell me why I feel this way, Kal.” Daria stood at the window folding and unfolding her hands.

Her brother looked up from his laptop. “Explain.”

“I’m sweating. I never sweat. My heart’s pounding. I’m breathing hard. And I have this pressure in my stomach.” She swung to face her twin. “What’s happening to me?”

“Either an unexpected birth or you’re going to throw up.” His lips tilted into a smile. “Relax, sis, this isn’t worth a panic attack. It’s just a job.

“It’s a job I have to keep. Too much depends on it.” Kal didn’t understand. Harpies didn’t get callbacks. It just never happened. Job interviews always ended badly. Usually with the interviewer doing lots of screaming before taking a header out of a tenth story window.

“What if he takes one look at me and decides I’m too much of a bad thing?” Was that fair treatment? Uh, no. Sure harpies had a rep for stalking the unsuspecting, who quickly became the unwilling when said harpies dragged their uncooperative butts off to Tartarus. But still, the corporate world needed to develop a little flexibility in their hiring practices.

Still, knowing how rare this chance was, Daria wasn’t about to mess up. “I can’t believe this Ganymede guy hired me. It’s too perfect. I get to be mean and ugly and someone pays me for it.” She frowned at her twin. “What’s the catch? Why me?”

Her brother shrugged. “The gargoyles were on strike?”

She pulled on her boots as she thought over the situation. “No, really, what were the chances of this job coming along just when I needed it?”

Kal paced restlessly. “No big deal. Aunt Ocypete stayed here last year. She met this Ganymede. One look and I bet he knew she could whip an army of Viking berserkers into shape. Why do you think Rome fell? Aunt Ocypete was leading the barbarian hordes.”

“And?” She walked to the mirror and studied her image.

Did her boots and dress work together?

“So when he needed someone tough to manage the Woo Woo Inn, he called her for a recommendation.” Kal paused in his pacing. “Who the hell names a guesthouse the Woo Woo Inn? Come to think of it, she never did tell us what happened here.”

Daria didn’t really care what had happened. She had the job. Now she had to make it work. She leaned forward to get a closer view of her face. “Omigod, look at my face. I can’t go down to my first night on the job looking like this.” She could see her title of Harpy Hopeful turning to Harpy Hopeless real fast.

“Uh, fine is not fine. My employer specified mean and gruesome.”

“He didn’t use the word gruesome.”

She ignored him. “To pass the harpy test, I have to be a vicious, cruel, violent, and butt-ugly being that is half woman and half giant vulture. I’m required to snatch victims and carry them off to Tartarus. I can take human form while in pursuit of clueless prey. I memorized that from the Harpy Handbook. If I’m not gruesome enough, I’ll get marked down. I need a more grotesque, more wickedly depraved, more heartless bitch image. Pull some of those out of your mysterious box of amazing makeovers.”

She sighed and let some of the air out of her frenzy. “I’m sorry. It’s just that Mom is looking forward to me joining her. It’s the start of a family tradition. I can’t blow it.”

Her brother threw her a sharp glance. “Why all the insecurity?”

How could she explain it to him, all the years of not being good enough in the eyes of the other harpies? No one had bothered him because he wasn’t expected to join Mom. Not his fault, but the truth.

“I was never on the fast track to success. You know, the other kids teased me a lot, especially Eris.” Never ugly enough, never nasty enough.”

“Why the hell didn’t you ever tell me about that? I would’ve made sure she left you alone.”

His anger for her was real and it warmed her. “Harpies have to learn to defend themselves. Besides, I eventually took care of the problem.” She smiled at the memory.

Kal wasn’t happy with her answer, but he couldn’t argue with it, so he headed for the door. “I did what I could with your face, but you don’t want to scare the crap out of the guests. You can’t afford to get fired.” He still looked ticked. “Besides, your bone structure doesn’t lend itself to grotesque. Look, I knocked myself out on your total image, so appreciate it and stop whining.”

“Umm, how about if my ears stuck—”

“You could have hairs growing out of my nose and—”

Kal exhaled deeply, a sure sign of fast-fading patience. “This Ganymede person that hired you doesn’t want a troll welcoming guests. We’re here to find someone you can snatch and take back to the underworld. Keep your eye on the goal, and forget about everything else.”

Declan Mackenzie sat alone. That’s the way he liked it. He studied the inn’s guests gathered around the blazing fireplace. From the comfort of a recliner tucked into a shadowy corner of the Woo Woo Inn’s parlor, he watched them watch each other.

The nonhumans checked each other out, deciding who wasn’t a player and who could kick ass. The humans glanced around the room, wondering if any of their fellow guests were vampires or werewolves. Declan could tell them there were lots of worse things that stalked the night.

Sure it was warmer closer to the fire, but he was okay with the chill of the room’s darkened corner. It matched the cold inside him. Call it boredom or just the uncaring that came after too many years of the same old same old, but Declan just didn’t give a damn about much anymore.

He closed his eyes as he slid his fingers over the recliner’s smooth leather. Hope wasn’t completely gone, though. His senses could still bring him pleasure, could still warm the frozen places in what passed for his soul.

Opening his eyes, he yawned. A human reflex. He wasn’t human. Hadn’t been for about nine hundred years. But it demonstrated so well how he felt that he couldn’t resist. He’d visited the Woo Woo Inn for about twenty minutes last year. This visit wasn’t half as entertaining. Not yet, at least. It promised to improve once he found his prey.

Movement at the door to the parlor caught his attention. A big bear of a guy had walked in. He paused to glance around the room, and then he headed for Declan’s corner.

Damn. Declan automatically raised his mental shields. No one, human or nonhuman, could get past them to read his thoughts or ID what he was. He didn’t smile as the man dropped onto the chair across from him. A were-something. Declan didn’t care what kind.

Declan nodded, but didn’t offer to start a conversation.

“Just got here. They’re taking my stuff up to my room. You been here before?” He didn’t sound too interested in Declan’s answer.

“Great setup they have. Turned this big old Victorian mansion into a place where people who like to talk about paranormal stuff can get together. Does a huge business.”

“I’m Mel.” Grinning, he leaned forward and stuck out a massive paw of a hand.

Declan exhaled wearily. Not that he needed to exhale, but if he wanted to be accepted as human, he’d better remember all those little human habits. Like breathing. Evidently Mel didn’t get the message, because he continued to grin at him.

Declan hesitated. His name wouldn’t mean a thing to anyone but the one he hunted. And if that person was in the room, he or she probably already knew his identity. The only thing his target might not know is the extent of his power.

“Declan.” He grasped the other man’s hand. At the same time, he did a quick walk-through of Mel’s mind. Nothing there to hint that he was the one Declan hunted. But Declan found one thing that made him smile for the first time.

Mel settled deeper into his chair and the conversation. “Some of the people who come here really think they’re vampires or werewolves.” He shook his head sadly. “You’re not one of them, are you?” He sounded relaxed, but his gaze had sharpened.

Checking me out to make sure I’m only a harmless human, Mel? Declan’s smile widened. “Nope. No fur or fangs.” He was batting five hundred on the truth-o-meter. Not bad. “I’m into UFOs. Heard there were some great group discussions going on about sightings around here. New Jersey’s a long way from LA, but I go wherever the action is.” He didn’t give a flip about UFOs. On the other hand, he’d be real interested in finding a UFK—unidentified freaking killer.

Mel nodded, but he looked like he’d lost interest. Declan didn’t pose a threat, so Mel could move on. “Be careful out in the woods. Could be some crazies running around. Wouldn’t want you going home with holes in your neck from a vampire wannebe.” His laugh was as big as the rest of him.

Declan acknowledged the joke with a grim smile. If he didn’t feed soon, a few of the inn’s guests might be going home with their own unique souvenirs of their stay at the Woo Woo Inn. “I’ll be careful. You won’t find me out in the woods at night.” He’d be there, but Mel had zero chance of seeing him. “I’m just dipping my toe in the paranormal pool.” 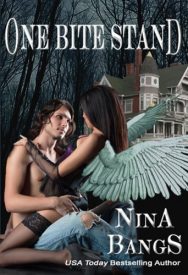