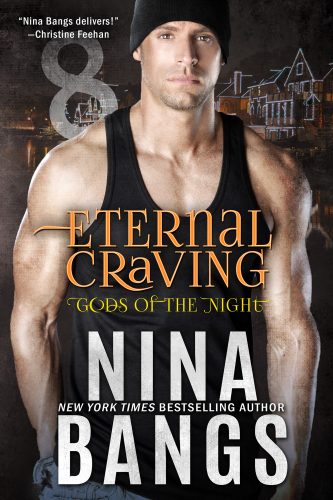 Book 2 in the Gods of the Night Series

Book 2 in the Gods of the Night Series

A brand new cover for a reader favorite.

Can a monster save the world?

Al is determined to try.

Barely able to control his most basic urges—to kill, to feed, to mate—he’s a lethal nightmare. With the soul of an ancient predator, Al stalks the dark forces crouched in the city’s night shadows.

But the real battle rages in his heart. The woman he desires looks at him with both heat and fear in her eyes. Jenna seems to see through the layers of deception to the primitive heart of him. Love is a formidable opponent. How can he ask her to stay with him after she’s seen the savagery of his beast? Why would she want to?

Time is running out, and love won’t matter if Al and others like him can’t stop the powers intent on annihilation. To save Jenna and every other person on Earth, he’ll unleash a primal fury unlike anything humans have ever seen.

Al is the ultimate killer, but can he save the woman he loves along with the rest of humanity from an enemy that paints in blood and death? 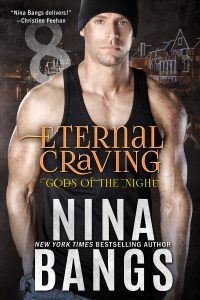 is Book 2 in the Gods of the Night Series 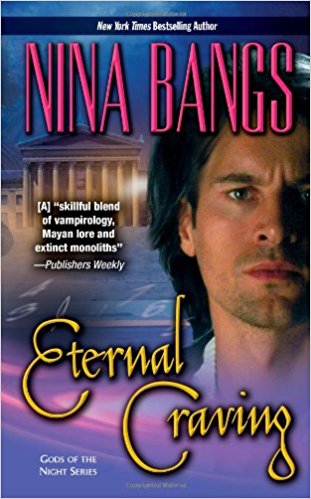 Kill. It was a primal scream filling his mind, blocking out things he should understand, remember. Kill.It was heat and rage and a pounding in his head demanding more, more, and still more death. It blazed hot and hungry, devouring him from the inside out. But nothing could burn away what lived in his soul.

His beast was free. No way was he forcing it back into its cave when there was still a demon left to tear apart. Shedding all human thoughts, he mounted his primitive soul for a last wild ride.

The demon was in its true form as it flapped leathery wings and rose above him. All its supernatural powers were useless against his beast, so now the demon was playing its last card. A straight-up physical attack. Dumbass.

The demon plunged toward him, and he roared as he rose to meet it. It screamed, a long cry of shock and pain as he ripped one of those wings away. Its dark, thick blood flowed sluggishly across the churned up grass and dirt.

The smell of demon blood drove him wild. Before the creature could scuttle away from him, he ripped away the other wing. Now all it could do was flop around helplessly.

It had all been too easy. In a killing frenzy he ripped the creature to shreds, refusing to quit even after the demon’s dying screams had ended.

The voice in his head should make sense to him. He knew that. But he resisted. Come back? What if he didn’t want to?

Breathing hard, he looked around for more living bodies to tear, rend, destroy. Only a river of blood could drown the pain, the confusion, the need for never-ending violence.

“The killing is done. Obey me.”

No. The killing would never be done. He looked down on the human standing by the tree, the one talking in his head. He didn’t want anyone telling him to stop. He’d kill this one next. Then the voice would stop. The one that made him think, the one responsible for all those hated new human emotions

He took a step toward the man. With no warning, an invisible force slammed into him. The earth shook as he crashed to the ground. Panicked, he fought to rise. Primitive instincts screamed at him to get up before something bigger and badder killed him. But the force held him down. The voice spoke again.

He remembered. The voice had a name. Fin.

Everything will be okay, Al.

I wouldn’t lie to you.

Sure he would. It seemed like the murmur of Fin’s voice had always been in his mind, even across the endless ocean of time. Fin had promised that together they could defeat the destroyers, that all would be as it was before. He’d make it happen.

See, now Al had a basic problem with that promise, because his world hadn’t had any destroyers. Other than Al, that is. And Al’s efforts had been strictly local, driven purely by the need to feed.

Then Fin had ripped Al’s essence from his body and buried it deep in the earth. Al should’ve known better than to trust a voice in his head.

You’re human now, so it’s time to return to human form. You’ll get a chance to hunt again.

Right. Fin had promised that Al would again walk the Earth as the hunter he once was. He’d laid that lie on him just after he’d roused Al’s soul from its long sleep far beneath Machu Picchu and given it a new body. Not the body Al wanted.

Afterward, Fin had stuffed Al’s brain with every bit of knowledge he’d need to function in this new time. Fin had promised that Al was human now.

Kelly nodded and collapsed onto the couch. She curled her bare feet up under her and tied her robe shut. “So why are you really here?”

Jenna thought about lying. She was good at it. She’d had lots of practice on herself. But in the end, she decided to tell the truth. Lying took energy, and she’d had a long day. “I wanted to make sure you were okay.”

Jenna rolled her eyes up to the ceiling. “Gee, let’s see. Uh, you met a guy, married him a month later, and then raced out of town so fast you left skid marks in front of the church. Oh, and did I mention that none of his family or friends came to the wedding? Add to that your pitiful attempts to avoid my perfectly reasonable questions about your new husband and, oh, I don’t know, I sort of felt the need to get to know Ty a little better.”

Jenna turned to stare out the window again. “Right. No more sarcasm. You brought Ty to meet us three days before your wedding. I’d like to visit for a week so that I can go back to Houston and report to Mom and Dad how deliriously happy you are. I think they deserve at least that much.”

“I’d call it understandable worry.” The deep male voice spun Jenna away from the city’s lights.

The man standing in the doorway took her breath away. Literally. Big, about six eight, with a powerful body to go with the height. But that’s where his comparison to other men failed Jenna. Long silver hair fell past his shoulders. Not gray.Silver. The strands gleamed in the light. Where could you get that kind of color job? She wanted one.

His eyes were silver, too. They had their own kind of glow going on. The silver color should’ve made him look as though he didn’t have irises at all, but she could see them clearly. As he drew closer, she realized his irises were outlined in black and there was a touch of purple deep in the silver. Cool contacts.

But it was his face that backed her up until she was pressed against the window. How could something so beautiful be this terrifying? The journalist in her wanted to memorize details so she could get them right in her story—because someone who looked like he did definitely had a hell of a story to tell—but the woman in her looked away. Jenna believed in woman’s intuition, and that intuition was yelling at her to run and not stop until she got to the airport.

His soft chuckle raised goose bumps along her arms and down her back. “And I try so hard to be nonthreatening.”

Taking a deep breath, Jenna glanced at him. “Yeah, well, you have to try harder.” She glanced at her sister. “Introductions?”

Kelly was looking beyond the silver-haired man. “Jenna, Fin. Fin, my sister Jenna.”

Jenna forced a smile. “The boss man. Glad to meet you.” Glad to meet anyone, since Kelly had made a bunch of lame excuses to keep her family from meeting the men that worked with Ty.

“You have no idea how happy I am to meet you.” Fin managed to make the polite comment sound sinister. He reached for her hand.

Jenna fought the urge to bolt from the condo as his hand engulfed hers. She’d never thought you could physically feel a person’s power, but power was the only word that came to mind as pressure built up around her, squeezing and squeezing and squeezing until she was gasping for breath. Just when she was certain her chest was about to cozy up to her backbone, he

released her hand and stepped back.

Thank God. She had no idea what had just happened, but she couldn’t get away from Fin fast enough. She sidestepped past him only to realize that three other men had entered the room with him.

She recognized Ty. He broke from the group to join Kelly. So she was left staring at the remaining two men. They both looked big and dangerous like Ty, but that’s where the similarity ended.

One of them came forward to offer his hand. “I’m Lio. This visit is a surprise.” His cold dark eyes said it wasn’t a good surprise.

She almost went limp with relief when his handshake didn’t set off any seismic tremors.

Lio’s hard face and unfriendly expression canceled out any points Jenna gave him for really knowing how to dress. From shoes to jacket, Lio was designer labeled all the way. And his brown hair showed what a great stylist could do.

If he expected her to feel guilty, he was doomed to disappointment. “Yes, well Kelly will tell you I’m the queen of impulse.” She offered him a friendly grin just to annoy him before turning to the last man.

The last man who did not offer his hand. He wore a black duster that hung open. Worn jeans, a black T-shirt, and scuffed boots put him at the other end of the clothes spectrum from Lio.

But clothes would never define this man. He’d moved to the dimmest area of the room where shadows cast the planes of his face into mysterious layers of light and dark. And his eyes were… Terrifying came to mind. They blazed with so many emotions that Jenna wanted to hold her hands in front of her to block the force of his stare. No, glare was a better description.

Fin stepped into the uncomfortable silence. “This is Al. He didn’t have a good night.”

Jenna widened her eyes. She hoped she looked suitably naïve and stupid. “You didn’t find any lost souls to save? How sad.”

For a moment a predatory gleam lit his eyes, and then he smiled.

And Jenna was looking at a master. A woman would crawl on her hands and knees to a man with that smile. It was a soul-stealing, sensual lifting of his lips, all savage beauty and frightening secrets.

“We found everything we were looking for tonight.” On that cryptic note, he turned and walked from the room. 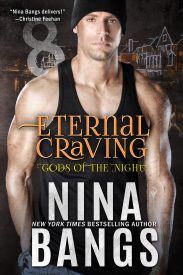