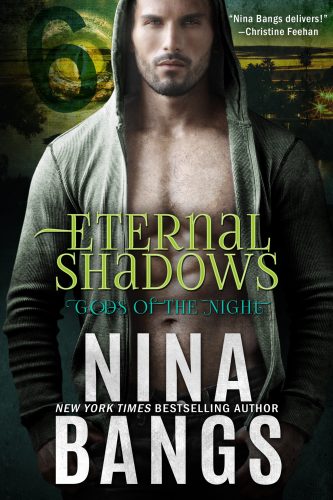 Book 4 in the Gods of the Night Series

Book 4 in the Gods of the Night Series

Rap has the soul of an ancient predator and the essence of a lord of darkness all wrapped up in a human body. Talk about feeling conflicted. Selene is his enemy. She worked for the powers that plan to destroy all humans. But now she’s working for the good guys. Or is she?

Rap might not trust her, but that doesn’t stop the sensual pull drawing them closer. With the fate of humanity hanging in the balance, they must trust each other enough to fight for the future of Earth and their love. 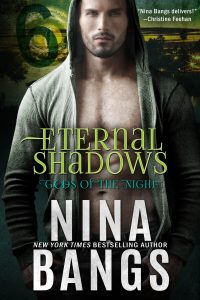 is Book 4 in the Gods of the Night Series

MEET RAP
“They know what we are.” Just saying the words made Rap feel good. The scent of their fear washed over him, that heart-stopping explosion of adrenaline that jump-started his motor, made him feel alive and ready for the hunt. He liked the fear. Okay, so at least two of him did.

He forced his expression to remain neutral, though. No smiling. A show of teeth would scare all the little kids eating candy and staring at the animals. Funny thing, he and his brother were the most dangerous predators in the zoo today, but the humans flowing past didn’t even glance their way. How had the species not gone extinct long ago? It was a mystery.

“Who? Where?” Tor whirled from the fence to face the streaming crowd, searching faces for that spark of horrified recognition.

Excited anticipation widened Tor’s eyes. His breathing quickened, and Rap knew his brother was only seconds away from changing. Something in Rap really wanted to see that happen, to feel the terror rippling through the humans as they got their first look at his brother’s soul. But then Fin would get involved. The boss would end the fun way too soon.

“Not the people.” Rap nodded to the bottom of the hill. “Them.”

Tor’s breathing returned to normal as he followed his brother’s gaze. “The tigers?”

“Look at how they’re watching us. Ears flat, teeth bared, eyes narrowed to slits, tails down—every one of them is scared shitless. They recognize us.” One part of him longed to release his soul and become the mindless hunter he once was. The tigers would be worthy prey. To kill, to feed, to sleep, to mate. Life was a lot simpler then.

Tor closed his eyes and sniffed. “You’re right. I can smell their fear.” He smiled. But then he remembered his brother’s words. He opened his eyes. His smile faded. “Jeez, don’t do that to me again.” He exhaled deeply as his tension drained. “I almost lost it. Then what would’ve happened?”

“Bloody death.” Rap forgot not to smile. Two older women who had stopped beside Greer to stare at the tigers glanced at Rap. He met their gazes. His smile widened. They hurried away. He seemed to have that effect on humans lately. “Just like the old days. Good times.”

Tor shook his head. “I don’t know, Rap. You worry me. We’re supposed to blend in, not cause riots.” He glanced at his watch. “Time for lunch. What do you want to eat?” He looked over at Greer to include him in the discussion, but their driver was too focused on the tigers to notice.

Rap stretched. “I don’t know. I haven’t decided who I am today. Am I Adam?” He watched a young couple walk past. “Warm blood makes a great pick-me-upper.” He pointed at the tigers. “Or am I the beast? We could find a deer enclosure, and I could slip into my true form. Venison for lunch. Rare. Just the way I like it.” A glance assured him that Tor was only a few seconds from sending out a mental call for help from Fin, so Rap put his brother out of his misery. “Nah, no sport in killing penned deer, and I always get blood stains on my shirt. Besides, I’m feeling really human today. Guess I’m Rap. Let’s get out of here and find that Italian place we passed on our way in.”

MEET SELENE
“You fired me.” Selene spat the offending word, trying to get rid of its sour taste. “In a text message.” She waved her phone in front of the seven men lined up in front of her. “You cowardly scum.”

All seven men wore the same terrified expressions. In fact, they were identical in every way. Tall with long dark red hair that sparkled where the sunlight shining in from the hotel window touched it. Beautiful faces with swirling blue-green eyes. Gorgeous wrappings to cover up big fat lumps of coal for souls.

“Here, let me read your exact words.” Selene pulled up the message.

“Relieved of duty.” She glanced at the man on the far right. He shattered, pieces of him littering the floor like a broken plastic toy.

“Not emotionally suited to job.” She glared at the next man in line. His head disappeared, leaving his body still standing.

“Will find someone more useful.” She waved at the third man. He was gone in a cloud of purple smoke.

She slammed the phone down on the desk. “What the hell does that mean? You’ve only got six of us left. Fin took out the rest. That’s why you hired me to plug one of the holes. Do you really think someone else will have better luck at infiltrating Fin’s forces?” She sneered at the complete ludicrousness of the thought.

The next man in line whimpered.

“Just because I refused to order my recruits into that one building, you’re getting rid of me? Well, let me tell you something, you slimy snake. I don’t destroy anything without a good tactical reason. We wouldn’t have gained one thing by turning those demons loose on everyone. It would’ve thrown San Diego into a panic, and we’re not ready for that yet. The authorities couldn’t have ignored that many deaths, and cable news would’ve spent 24/7 dissecting the reports of nonhuman involvement.” Besides, kids had been eating with their parents in the cafeteria, and there’d been a box of newborn kittens in one of the offices. Not that the kids or kittens had anything to do with her decision. She wasn’t sentimental about young things. Selene shut the door on any opposing thoughts.

“You’ll regret your words. I don’t need you. And I always finish a job. Now, I have some shopping to do.” Pop. Pop. Pop. Pop. They all disappeared in a haze of multicolored smoke. Selene did so enjoy dramatic displays of her power. 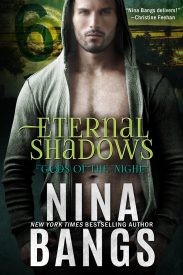